In the eastern Mediterranean, a unit of length usually applied to textiles: 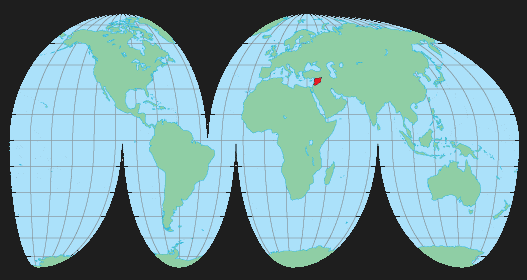 They had resolved the important question, and I was going to set out, to be present at this Ceremony, when a Turk, followed by several Tchoadars, arrived, and announced that he came from the Grand Seignior. The important Demeanor of this Personage, and his silent Gravity, would not suffer him hastily to explain the nature of his Mission. The slowness with which he swallowed his cup of Coffee, that Prelude to every Turkish Conversation, served, still more, to increase my Impatience.

At length, he drew from his bosom a small Bag, of red Satin, with which he presented me, on the part of his Master, complimenting me, at the same time, on the Mark of Distinction it enclosed, and the Prerogatives attached to it. In the mean time, I opened the Bag, and took out a bundle of Handkerchiefs, embroidered with Gold, in which were wrapped four Pieces of Ebony, joined by silver hinges, and constituting the Measure or Standard of the Pic (x) used in Building. You may now, continued the Turk; dispose, at Pleasure, of all the Workmen in Constantinople; and the Pic of the Grand Seignior, now intrusted to you, extends your Authority over them to the infliction of any Punishment.

Such high Privileges lost much of their value in my hands; but I was obliged to shew what great Estimation I held them in by making the Bearer a Present, and bestowing a few Sequins on his Attendants.

I took the Standard, along with my other Instruments, and set off for the place where the new Castles were to be erected. Here I found about forty Overseer's of the Workmen, and each provided with a double Pic. This mark of Authority making me recollect that which I had received, I resolved, while I waited for the astrological Hour, which was to bring the Ministers, to employ the time in examining the Measures of these Surveyors, in order to establish that Uniformity without which no exactness could be expected.

All these Gentlemen came round me with great Familiarity; and their Chief, who stiled and believed himself to be an Architect, and seemed to imagine I should listen to all he said, proposed to adjust all the Measures by his own. It will first, replied I, be necessary to examine yours: I immediately took from among my Instruments the little crimson Bag, and drew out the Standard : the Sight made the whole Company retreat ten Paces at least.

I took advantage of this first Surprize to establish my Authority by an Act of Severity, which shewed my Power without being cruel. I commanded all their Measures, which, on examination, should not be found conformable to the Standard, to be destroyed; none of them, on trial, escaped; that of their Chief shared the common Fate, and I caused new ones to be made, on the Spot, divided all on the same Scale.

(x) Pic is the name of the Turkish Ell, but there are various kinds of this Measure. The French Ell, used to measure Cloth, is equal to a Pic and three quarters. The Indasai is another sort used for the measurement of other Stuffs; and the Pic employed, in Building, which is the longest of them all, is two Feet four Inches three Lines long.