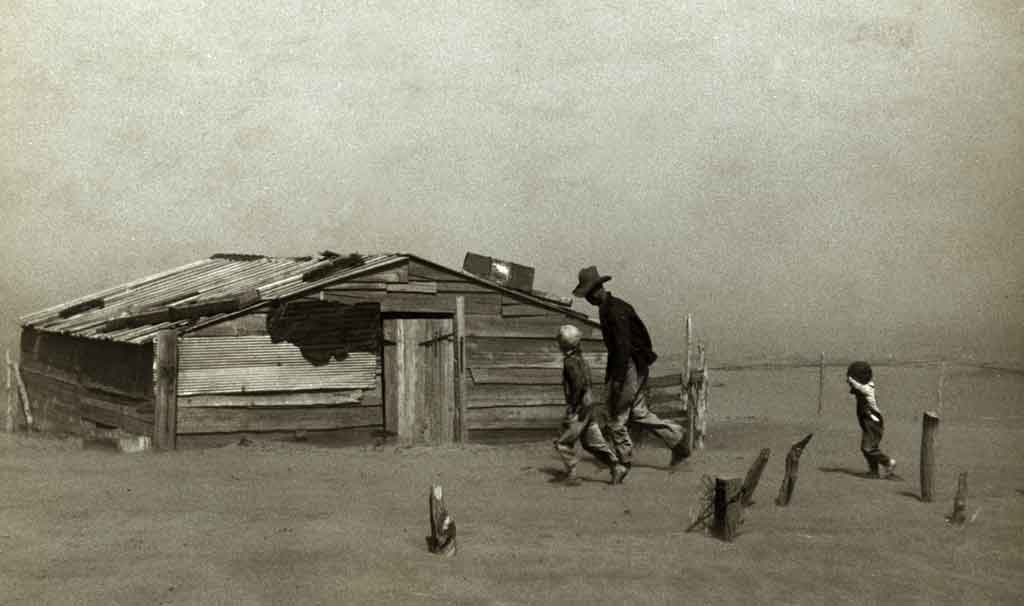 An index used in the United States to indicate the severity, including in economic terms, of drought conditions that last at least for months. Acronym PDSI. The scale runs from minus 6 to plus 6, with zero taken as normal and the plus numbers indicating greater than average wetness. The original interpretation¹ of the arbitrarily chosen index numbers was:

For a map of the continental U.S. showing the current PDSI's, go to

NOAA also provides animated maps showing drought conditions nationwide, over any period between 1900 to 2000. Chose the beginning and ending date and view your map at:

The index is named for Wayne C. Palmer, a Weather Bureau researcher who devised it in the 1960's. The index is not simply based on current rainfall, and cannot be calculated from a simple formula. Determining index values for a region begins with a one-time mathematical analysis of the area's historical monthly rainfall and temperature data, often back into the 1800's. Evapotranspiration and runoff are predicted. This analysis yields 5 constants for each month of the year, characterizing the climate of the area. They are combined mathematically with current meteorological data and the previous month's index to get the index value for that region for that month.

The salient points are:

A peculiarity of the PDSI is backtracking: values previously reported for past months may be changed on the basis of the newly-calculated values for the present month.

The Weather Bureau (now NOAA) has continued efforts to improve the PDSI. In June 1989 it modified the version it was using, a change which mostly affected index numbers during transition periods between droughts and wet spells. Subsequently the index is often called the Palmer Drought Index (PDI).

Many federal and state government agencies use the PDSI (or PDI) as an objective means of determining when drought relief programs are needed. Fire agencies often use it as a basis for warnings of fire danger levels and to anticipate the severity of fires. Almost all users use the PDSI in conjunction with other measures, and as a qualitative indicator of trends.

Drought is an extraordinarily complex subject, and in devising his index Palmer was forced to make a number of assumptions and oversimplifications, and insert constants he had arrived at in a seat-of-the-pants manner. Meteorologists have been pointing out these deficiencies ever since. For details see Alley, and Heddinghaus and Sabol, cited below.

One factor the index does not take into account is snowpack, which (at least until the present warming) is important west of the Continental Divide. All precipitation is treated as rain, with immediate runoff.

Palmer calibrated the PDSI for the U.S., mainly on records for western Kansas and Iowa. That limits its usefulness in, for example, Australia.

Available on the web at www.ncdc.noaa.gov/temp-and-precip/drought/docs/palmer.pdf

NOAA
NOAA provides a vast array of data accessible on the web. Check out the indexes at:

Thomas R. Heddinghaus and Paul Sabol.
A review of the Palmer Drought Severity Index, and where do we go from here?
pages 242-246 in
Proceedings of the Seventh Conference on Applied Climatology.
Boston: American Meteorological Society, 1991.

Available on the web at www.ncdc.noaa.gov/temp-and-precip/drought/docs/heddinghaus-sabol-pmdi-article.pdf